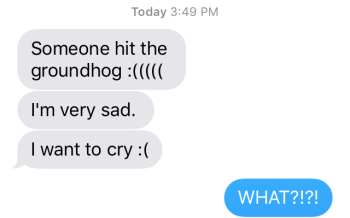 I regret to inform you that there’s been a death in the Journal Star family. His body was found today in the rain, splayed along the road to 1 News Plaza. We’ll miss him dearly.

PEORIA – Henry Bartholomew Antwerp, 4, of Peoria, Ill., passed away unexpectedly on Friday, Nov. 27, 2015, while standing guard along the drive to 1 News Plaza.

A memorial service celebrating his life will be held at 10:30 a.m. Wednesday, Dec. 2, at the Grand View Drive pavilion. All groundhogs are invited to attend. Burial will follow at Springdale Cemetery. Visitation for Henry will be from now until Wednesday at the spot of his death (please be aware of traffic.)

Memorials may be made to Keep Eyes on Groundhogs (KEG) and the National Audubon Society.

Henry was born on July 4, 2011, in Peoria Heights, Ill., the son of Karl and Melinda (Peepow) Antwerp. Although never formally educated, he often read the Journal Star as copies would fall from the open doors of delivery trucks racing down the hill. He may have been married, but a groundhog never tells.

He proudly stood guard at 1 News Plaza from October until November 2015, occasionally munching on food near the bottom of the hill, but usually lounging right along the winding drive to the newsroom. He was never one to stand on his hind legs and was never heard whistling in alarm.

Henry was a lifelong member of the Marmot Militia. Being a groundhog was not just his occupation, but a passion.

Most of all, he loved his newspaper family.

He was preceded in death by his parents and is survived by no one but the employees of the Journal Star. 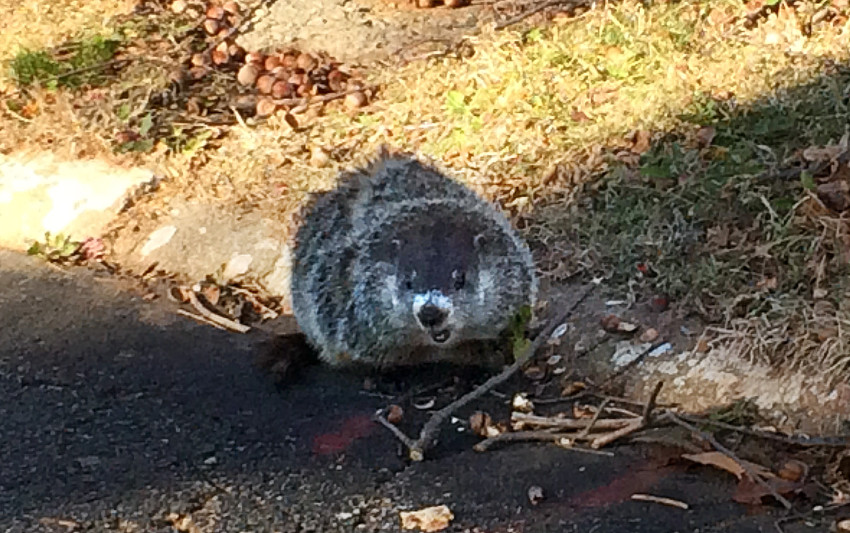